“You can never cross the ocean until you have the courage to lose sight of the shore.” – Christopher Columbus

The island and its natural harbour were used by Arab merchants as a maritime trading centre from the 10th to the late 15th century. The Portuguese explorer Vasco da Gama, who landed on the island in 1498, claimed it for Portugal.
Set between the African coast and the Indian Ocean, Portuguese Island is a small, uninhabited island, one of the enchanting destinations of an MSC Cruise from South Africa. It is located at the external limit of Maputo Bay, host to the capital of Mozambique, under the cover of Inhaca Island, the chosen location for some of the most luxurious resorts of the entire continent.
During your visit, take some time between dips in the warm, crystalline ocean waters to stroll around this island. It is six kilometres long, about an hour walk on sand that caresses the soles of your feet (during the central hours of the day, it is best to wear open sandals because the sand becomes very hot), with only the blue of the water and the green of the low vegetation for company.
The mild effort involved will be repaid in kiosks serving refreshing beverages and local food. If you like rum, try the Tipo Tinto, which is distilled from local sugar cane. There is also no lack of beach activities in addition to all the services available for those who just want to lay in the sun undisturbed, such as beach umbrellas, deckchairs and sunbeds, there is equipment for playing beach volleyball and beach tennis.
However, a piece of advice for all: don’t stop as soon as you get off the tender boat that brings you to the island, look for a more secluded bay; they are just a short, pleasant stroll away. For those who wish it, it is also possible to circumnavigate the island and admire the coast and the bay of Maputo in a traditional dhow, boats with a triangular sail of Middle-Eastern origins that have sailed the waters of the Indian Ocean for centuries.
From Portuguese Island, it is possible to reach the nearby main island of Inhaca, where, in addition to fantastic beaches, there are restaurants, bars, a market and even a Marine Museum and old lighthouse.

This cruise is by far the most popular amongst South African Holidaymakers.

A 3 night cruise aboard the MSC Orchestra from only:

in an interior cabin incl. port fees, insurance, and taxes.
This rate is a guideline only. E&OE

All meals and entertainment (not casino) onboard

All mandatory port charges and taxes

All items and services of a personal nature (e.g. hairdresser)

DAY 3: Portuguese Island, Mocambique. Take the tender boat for a fun day at the beach but note that this is weather and sea conditions pending!

The POPI Act:
By clicking this button and filling in the form, your give Cruising South Africa the consent to contact you by phone or email.
The rates, terms and itinerary are guidelines only and final price will be on confirmation of your cabin by MSC Cruises. E&OE

Discover true Italian warmth and hospitality aboard the stylish MSC Orchestra. This shining gem of a cruise ship offers you the perfect blend of modern design, luxurious comfort, and world-class entertainment. Pamper yourself at the spacious Body and Mind Spa, or work up a sweat at the fitness center with floor-to-ceiling windows overlooking the ship’s bow. Cool off at one of the two swimming pools.
Dine with a worldwide flair including authentic Italian and Chinese cuisine at one of the five onboard restaurants. Catch nightly shows, sample different Italian wines at the wine bar or dance the night away at R32 disco. After a fun-filled day retire to your comfortable accommodations to dream of all the fun and excitement that tomorrow will bring aboard the MSC Orchestra.

Launched on 14 May 2007, the spectacular MSC Orchestra is one of MSC Cruises’ newest ships. The second of the ‘Musica-class’ line of cruise ships, MSC Orchestra offers the perfect blend of design, comfort and safety. Airy open spaces and MSC Cruises’ signature Italian style make MSC Orchestra a stylish pioneer for future cruise ship projects and designs. Onboard the luxury MSC Orchestra cruise ship you will be enthralled by the wide spectrum of entertainment facilities – jog on a dedicated track, indulge in a rejuvenating Turkish bath, dine at the Shanghai Chinese restaurant, relax in the exotic animal-print Savannah Bar, sumptuous Purple Bar or enjoy Hollywood-style glamour in the chic Zaffiro Bar. Try your luck at the Palm Beach Casino, dance the night away in the disco or take in a show at the Covent Garden Theatre, with a programme packed with entertaining shows with music. MSC Orchestra boasts a total of 16 decks, with sauna and whirlpool facilities, a wide choice of restaurants and cosy family pizzerias. Kids can go wild in the Jungle Adventure playroom whilst teens will quickly feel at home in the Teen’s Club.

Prices are per person sharing in twin-share cabin, include discounts, and are subject to availability and rate of exchange changes. Offers above are a guide only and will vary depending on departure date, our guide price is based on the cheapest departure within the stipulated season and availability is correct at time of loading. Visas may be necessary and insurance is essential. MSC, Cruising SA and Tour Operator terms and conditions apply, and may all be found on our website. Offer can be removed at any time. All cruise offers are capacity controlled and offer selected cabins at a specific price in line with MSC Cruises Dynamic Pricing Policy. These packages are based on the CASH price. E&OE.

Covid-19 Vaccination Policy: All Guests (2 years old and over) need to provide a certificate of a negative RT-PCR test taken within 48 hours of the day of embarkation. All Guests (12 years old and over) have to be fully vaccinated with an approved Covid-19 vaccine with the final dose administered at least 14 days before the cruise departure date. Guests aged 12 – 17, having received a single shot a minimum of 14 days before the date of embarkation, will be accepted as fully vaccinated. Unvaccinated guests (2 years to 11) will additionally have to undergo an antigen lateral flow test at the embarkation port at a cost of R300 per person. Please pre-register for your antigen test https://app.inceptionbio.co.za/register. All vaccinated guests to present original COVID-19 Vaccination Record Card or Digital Government Issued Vaccination Certificate, which must contain: Personal identifiers (at a minimum: full name and date of birth) that match the personal identifiers on the passport, name of official source issuing the record, vaccine manufacturer and date(s) of vaccination. Guests over 18 years old that recovered from Covid-19 and received only one shot of the vaccine are not considered as fully vaccinated.
Make sure that you print all the required certificates and have them ready for inspection on arrival.

“At night, when the sky is full of stars and the sea is still you get the wonderful sensation that you are floating in space.” – Natalie Wood

Our Fleet of Luxury Vehicles

What to expect on a cruise!

"I must go down to the sea again, to the lonely sea and sky, and all I ask is for a tall ship and a star to steer her by." - John Macefield

Cruising SA is a member of the above associations
and a registered Cruising Agent with the above Cruise Lines.

N.B. The views and content displayed on this site belong to the person/party who submitted them, and Dreamweaver Holdings (Pty) Ltd. holds itself blameless for any inappropriate content or copyright infringement made by a member. As the cruise industry is constantly changing, all cruising quotes and cruising information supplied by us are subject to the final confirmation, upon the client's final payment to the cruise company concerned. We do not accept any responsibility for any incorrect information given. E &OE.
We operate as agents for our own account and offer our own specials over and above those of the various cruise companies whose products we sell.
Proudly promoting the South African Cruise Industry since 1992.

SO... What are you waiting for? Why not join us on a sea cruise?

This is our Landing Page for Cruising South Africa

Our Shuttle Bus and Transfer Services

By clicking on 'subscribe' as per the POPI Act you agree to us emailing/contacting you.

We all look for special offers don't we?
Keep checking back for new ones!

Each of the cruise lines that we support often come out with amazing offers well worth looking at. 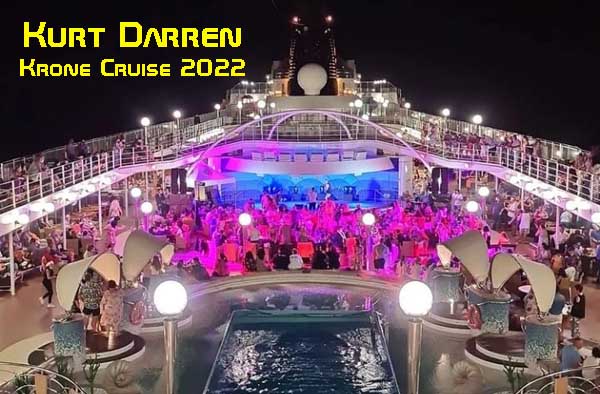 A Themed Cruise is the best place to meet your favorite artists, spend some quality time with them, and most importantly to enjoy their evening shows on the pool deck.

A PUBLIC CRUISE FORUM WHERE YOU CAN HAVE YOUR SAY - GOOD OR BAD!